“Sara Day’s astute and arresting study draws out patterns of family history, landownership, and the vagaries of provincial politics to illuminate the broad themes of Ireland’s violent and contested history.” Sara Day was a historical researcher and curator with the Library of Congress, where she wrote the text for two major exhibitions, The American Journalist: Paradox of the Press (1990) and 1492: An Ongoing Voyage (1992). She also authored and/or edited numerous catalogs, resource guides, and books, including Many Nations (1996), and American Women (2001). As a freelance writer-researcher and independent scholar, she was chief researcher, managing editor, and collaborator for historian Robert Remini’s The House: The History of the House of Representatives (2006) and wrote Women for Change (2007). Her previous book was Coded Letters, Concealed Love: The Larger Lives of Harriet Freeman and Edward Everett Hale (2014)

About Not Irish Enough

Not Irish Enough: An Anglo-Irish Family's Three Centuries in Ireland is the product of decades of thought and research, both in the United States and Ireland. It was born of the author's lifelong fascination with her Protestant landowning ancestors' history in Ireland, culminating in the burning of her grandparents' house in North Tipperary near the end of the Irish War of Independence in 1921. The book reaches back to the arrival of the first member of the family from England in the seventeenth century and moves forward through 300 years of family and Irish history to seek answers to the gnawing question of why it ended as it did. “Sara Day's Not Irish Enough makes a very important contribution to the historiography of the Anglo-Irish landed elite. As an experienced researcher, she has worked assiduously through an impressive array of primary and secondary sources, including her own family records, to present an informative and stimulating book.”

—Terence Dooley, Professor of History, Maynooth University, and Director of the Centre for the Study of Historic Irish Houses and Estates

“For this Irishwoman who initially learned her country’s history in the post-independence National School system, Sara Day offers a compelling and insightful perspective on the Anglo-Irish absent from our classrooms.”

“Not Irish Enough is a family history with a difference. Sara Day skillfully weaves the story of her own Head family’s more than two centuries in North Tipperary into the wide and varied fabric of Ireland’s often troubled history.”

“Unique in its scope and perspective, Not Irish Enough fascinates and informs the reader who seeks to better understand the world of today through the compellingly presented experiences of those who came before us.” Charismatic leaders have a way of flying too close to the fire. This is the chronicle of the secret romance between Hale and Freeman revealed for the first time through 3,000 of their love letters (1884–1909), written partly in code.

“…A compelling story told with consummate skill and wonderful sensitivity.”

Growing up in a conservative English family in the 1950s, I was entranced by the colourful and humourous stories my father told me about his carefree early childhood at Derrylahan Park in a remote corner of north Tipperary, and his eccentric Irish relations. He told me very little about what brought his Irish childhood to a terrifying and abrupt end. READ MORE 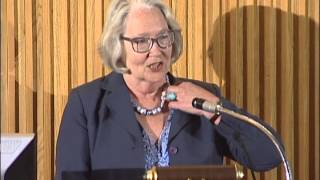